CLARIFICATION:
UPDATE:  This information came to me as an email titled

'US GOV'T's eVERIFY Database Says SSN Obama's Using was Never Assigned to Him" The image from The Birther Report had been slightly altered.  The content was the same as the original but the heading had been removed.  Below is the document as it appeared on the original source.
* * * * * * * * * * *
E-Verify is an Internet-based system operated by U.S. Citizenship and Immigration Services (USCIS) in partnership with the Social Security Administration (SSA). E-Verify is currently free to employers and is available in all 50 states. E-Verify provides an automated link to federal databases to help employers determine employment eligibility of new hires and the validity of their Social Security numbers. 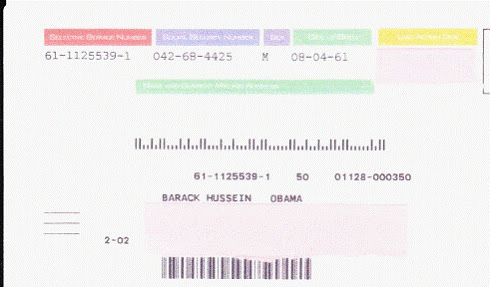 Self Check is a voluntary, fast, free and simple service that allows you to check your employment eligibility in the United States. If any mismatches are found between the information you provide and your Department of Homeland Security or Social Security Administration records, Self Check will inform you of how to correct those mismatches.
Self Check is a service of E-Verify. Once you have confirmed your employment eligibility using Self Check, you are unlikely to encounter difficulties upon being hired by an E-Verify participating employer.
If you were an employer and entered Barack Hussein Obama’s social security number 042-68-4425 into the data base to verify that he was eligible for employment in the you could not legally hire him.
Here is what everify would tell you about hiring Mr. Obama:
From OrlyTaitzESQ.com 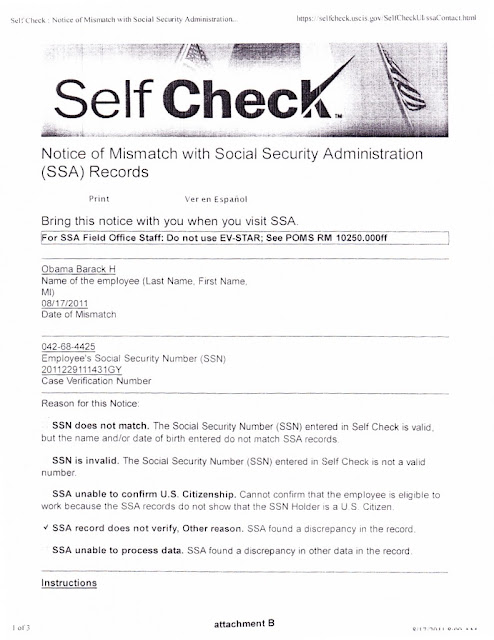 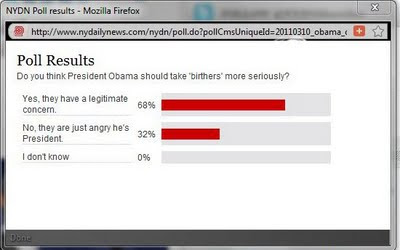 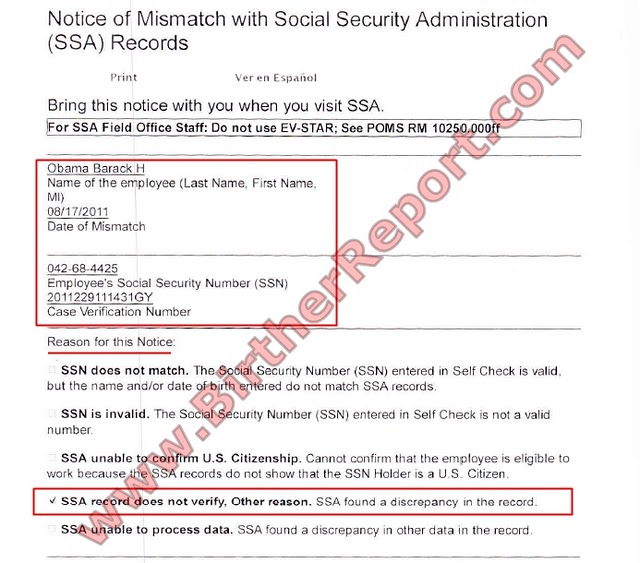 Posted by Sam and Bunny Sewell at 5:24 PM

So , what is anyone going to do about it? Seems as tho everything about him is not right. We continue getting buffed from OUR Congress. The whole thing has to blow up sometime. Sooner the better.

not just his SSN illegal he is also. We know absolutely nothing about him it's all locked up.I have seen Obama & Daley together when he was young in Senate. he was primed.Democrats pushed the color picture draining swamps of people of Obama's kind for votes.Later on in office much raciest & bigotry came about & the system is held at bay because the political party knew he was illegal yet now don't want U S to know they were racist & bigots so only hope now he will lose election so everyone will be set free of their disgrace.obbill

I was thinking that New York should secede from the Union; however, the Federal government beat me to the punch. THe Union seceded from New York. I await the big correction to occur. Let me know when it happens. Until them we the people of New York are sovereign according to our State Constitution.