Taking AKA Obama Directly before SCOTUS 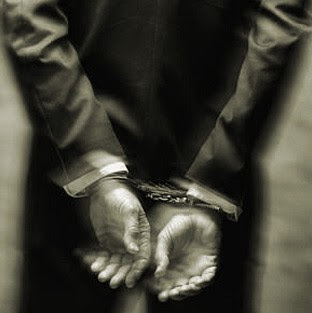 Taking BHO Directly before SCOTUS
By Leo Patrick Haffey
It is noteworthy that it has been over a year and a half since I first began to write about the Citizens Grand Jury Process and Original Jurisdiction in the Supreme Court of cases against Barrack Hussein Obama and, to date, BHO's lawyers have never been able to refute my Constitutional Theories.

The precedent for getting standing and bringing a case directly to the United States Supreme Court upon Original Jurisdiction is the landmark case of Marbury v. Madison 5 U.S. (1 Crunch) 137, 2 L.Ed. 60 (1803). As succinctly stated by Chief Justice Marshall in Marbury, "If a persons duty is backed by law and not by political in nature, then he becomes subject of the law and is examinable by the court."

Article III, Section 2 of the United States Constitution states, "In all Cases affecting Ambassadors, other public Ministers and Consuls, and those in which a State shall be Party, the supreme Court shall have original Jurisdiction."

As in Marbury, We the People shall prosecute our cases against Barrack Hussein Obama petitioning the United States Supreme Court for a Writ of Mandamus compelling Barrack Hussein Obama to abide by the Constitutional Contract that he entered into with We the People on January 20, 2009 and uphold his Oath to abide by the Supreme Law of the Land, the Constitution of the United States of America.

It is stated in United States v. Butterworth, 18 S. Ct. 441, 169 U.S. 600 at 602 (1898),
"The office of a writ of mandamus is to compel the performance of a duty resting upon the person to whom the writ is sent. That duty may have originated in one way or in another. It may, as alleged in the present case, have arisen from the acceptance of an office which has imposed the duty upon its incumbent. But no matter out of what fact or relations the duty has grown, what the law requires, and what it seeks to enforce by a writ of mandamus, is the personal obligation of the individual to whom it addresses the writ."

These 12 Simple Steps are the way Patriots can use our Bill of Rights to keep control of the Government and to Clean up Corruption in government:

1) Advertise and Promote the Fact that you are forming a Grand Jury in Blogs, Local Newspapers and Community Organizations.

2) Form the Grand Jury and select a Foreman.

5) Communicate with all Citizens who have criminal information to present.

10) After investigation and deliberation is completed, vote and issue a True Bill (Indictment) or No True Bill.

11) Announce all Indictments to the Press and schedule News Conferences in front of your local Court House.

12) Serve the Indictment on the Judiciary at Court House News Conferences for the Issuance of Arrest Warrants.

Do you really think AKA Obama would have won the election if all the things he is hiding were made known?

Do you really think AKA Obama will be able to finish his first term if all the things he is hiding are made known?

Obama “I have nothing to hide but I’m hiding it.”

Leo Patrick Haffey is a lawyer in Nashville, Tennessee who has worked in the music, motion picture and television industries as a producer. Mr. Haffey’s productions have been broadcast on most of the major television networks. Mr. Haffey has done extensive legal research on the Constitution, in particular the Constitutional qualifications for the Presidency of the United States of America.
Posted by Sam and Bunny Sewell at 4:03 PM

It's such a shame that the Obama eligibility issue has been unnecessarily focused on (and distracted by) the search for hidden documents. His ineligibility can be proven with the facts that are already in the public domain combined with a thorough understanding of what the Constitution says about the Executive. It's all there - we just have to read it.

Documentation that AKA Obama was not born in the US will facilitate the goal of removing him and be much quicker.

I agree John Smith to the extent that BHO's ineligibility can be proven with facts already known, however, Aristotle is correct that proof of BHO's criminal fraud regarding his birth certificate would result in a faster removal of BHO through the criminal courts.