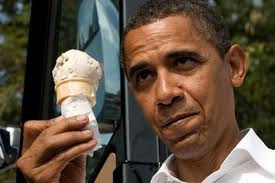 The most eye-opening civics lesson I ever had was while teaching third grade in 2000. The presidential election was heating up and some of the children showed an interest.

I decided we would have an election for a class president.

We would choose our nominees. They would make a campaign speech and the class would vote.

To simplify the process, candidates were nominated by other class members. We discussed what kinds of characteristics these students should have. We got many nominations and from those, Jamie and Olivia were picked to run for the top spot.

The class had done a great job in their selections. Both candidates were good kids. I thought Jamie might have an advantage because he got lots of parental support. I had never seen Olivia's mother.

The day arrived when they were to make their speeches Jamie went first. He had specific ideas about how to make our class a better place. He ended by promising to do his very best.

He sat down and Olivia came to the podium. Her speech was concise. She said, "If you will vote for me, I will give you ice cream." She sat down.

She surely would say more. She did not have to.

A discussion followed. How did she plan to pay for the ice cream? She wasn't sure.

Would her parents buy it or would the class pay for it? She didn't know.

All they were thinking about was ice cream. Jamie's best was forgotten. Olivia won by a land slide.

Every time Barack Obama opens his mouth he offers ice cream, and fifty percent of America reacts like nine-year-olds. They go wild, they want ice cream. The other fifty percent know they're going to have to feed the cow.
Posted by Sam and Bunny Sewell at 4:14 PM

We had the same thing happen it our school.
It's what I like to call the “Chocolate Milk Vote”
A kid promised us chocolate milk with our meals at school for those that bought lunch there.
He never mentioned how it would be paid for, just that we would get it.
Back then I could remember that you could buy chocolate milk if you wished; it was only a nickel extra with your school lunch and $.30 for just the chocolate milk.
In the end he didn’t give us anything we didn’t already have, it wasn’t a broken promise either, just and empty one.

I'm quite exited about an Obama presidency.
After all, this country needed Carter to give us Reagan.
Sometimes a country needs to hit rock bottom before it grows, and Obama is the perfect person to take us to the bottom.